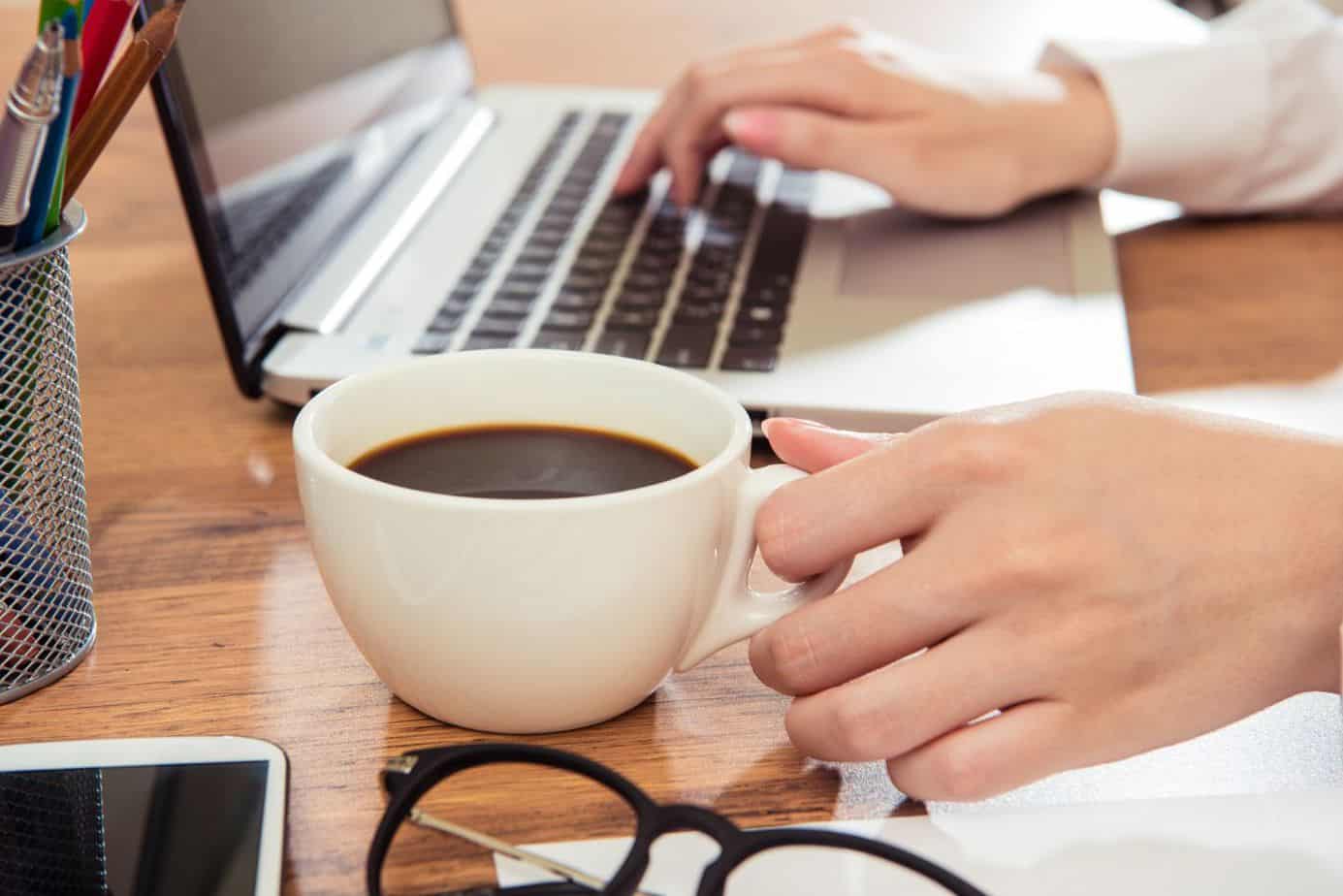 Is being caffeinated the only way you feel like you can get through your day?

It would be great to have a job that inspires you everyday so you don’t need all that caffeine. But alas, not all of us can be so lucky.

For some of us, it feels like our lifeblood – our fuel. You might even believe you can’t get your engine started without it.

And while you can’t use it to wipe out an entire week’s worth of very late nights, it’s definitely helpful in making you feel less bogged down by sleepy feelings in the morning.

The bottom line for many of us is this:

For starters, it builds up the adrenaline supply. And with more adrenaline comes increased heart rate, opened up airways and pumped up circulation.

Caffeine also prevents the feel-good chemical dopamine from being reabsorbed into your system. That means you get the benefits of dopamine for a longer amount of time.

And this is part of what makes it so addictive. Because once it wears off, the dopamine is reabsorbed and you have a hankering for that second (or eighth) cup of coffee.

So even though it feels good, is it really to your benefit to be using it to get through your life? This is where it gets tricky.

Caffeine on a Chemical Level

Our brains possess a chemical called adenosine. And when they bind to their receptors, you feel sleepy. This is great when it’s 2 AM, or when your body needs rest.

It’s not so great when you have to be in that 7:30 AM meeting and you didn’t get enough sleep.

Structurally speaking, caffeine is a chemical that’s similar to adenosine. So when you drink coffee, the caffeine binds to your brain’s adenosine receptors.

In doing so, it blocks the adenosine from binding with the receptors that would normally make you tired.

Sounds harmless enough, right? Could be. But it all depends on how much you’re drinking.

Because if you’re drinking too much caffeine on a daily basis, your brain might be developing more adenosine receptors. And with those additional receptors, more adenosine is going to make its way into your brain.

Over time you’re going to need a lot more caffeine to stay awake. And when you’re not caffeinated, you’ll start to feel like a monster dragging around, looking for your next fix.

But don’t panic. It’s important to know what’s considered too much.

So How Much Is Too Much?

The magic number for most healthy adults is 400 milligrams of caffeine per day. Depending on how strong you brew your coffee, that’s roughly equivalent to four cups per day. More than that could have negative effects.

If you prefer to get caffeinated through energy shots, you’ll want to keep it at two. And as far as cola, you can drink 10 cans – though that’s unhealthy for all sorts of other reasons we won’t go into in this post.

You should also keep in mind that these are averages. The actual caffeine content in a beverage or energy shot can vary widely.

Although 400 mg of caffeine may be safe for adults, it’s not a good idea for younger children. And adolescents should limit caffeine to 100 milligrams per day.

How Does Too Caffeinated Feel?

If you tend to be susceptible to the effects of caffeine, just one cup of coffee or tea could be enough to get you going. Or it could even leave you feeling nervous, restless and cause problems with sleeping.

How you personally react to caffeine is partially determined by how much caffeine you’re used to drinking. But other factors may include age, weight, genetics, medication use and health conditions.

Those with anxiety disorders, for example, tend to feel the effects of caffeine acutely.

You might be too caffeinated if you’re drinking a lot of caffeine and are experiencing side effects such as:

Obviously, heavy caffeine use can cause unpleasant side effects. So it’s not the best choice for people who are highly sensitive to its effects.

So if you’re in that trap of drinking too much caffeine to just stay awake, there is a little hack you can perform that plays a trick on your brain’s chemistry.

Here’s how it works.

When you feel like you’re dragging and need an espresso, go ahead and drink it. Then, right after consuming the caffeine — but before you feel it kick in — take a quick nap while you’re still tired.

When you sleep, you naturally clear adenosine from your brain. So if you can get a quick nap in, it can help a lot.

The operative word here is “quick”. This means a nap that’s no longer than 15 or 20 minutes – so set a timer. Because after that amount of time, you enter the deeper stages of sleep from which it’s much harder to recover.

Shorter naps generally don’t lead to the aptly named “sleep inertia”. And you’ll be effectively reducing your levels of adenosine during the 20 minutes it takes for your gastrointestinal tract and bloodstream to absorb the caffeine.

By doing this, the caffeine will be more effective. Plus, you’re less likely to increase the adenosine receptors in your brain that leave you feeling tired all the time.

The Trouble with Quitting

Because caffeine is so deeply tied to the brain and its functions, trying to quit cold-turkey is difficult.

Once caffeine is taken out of a system that’s used to functioning on it, the changes in blood flow can cause headaches, fatigue, irritability, nervousness and nausea.

In fact, the latest edition of the Diagnostic and Statistical Manual of Mental Disorders (DSM-5), considered the big book of psychiatry, now lists caffeine withdrawal as a mental disorder.

So it’s obvious that being caffeinated is as much a neurological occurrence as a straight physical experience.

Does Your Workspace Create Stress?

If you’re in a job that makes you feel the need to be caffeinated all the time in order to function, it could be that you’re in a stressful workspace.

Even more importantly, if you’re a business owner, you want to create a work environment that’s healthy for everyone so that you can remain productive – without all the caffeine!

If you’re looking to leverage the web to bring in fresh leads contact us today. We can help.

7 Types of Leadership: Which One Best Fits Your Approach to Management?

How Smart Home Energy Solutions Can Help Save the Planet

The Best Green Energy Options for Your Home

10 Good Habits You Need to be a Successful Entrepreneur

Subcribe to Our Newsletter

Kybotech uses cookies to make sure that we're giving you the best experience while you're browsing. By continuing, we assume that you are agreeing to all the cookies on our Website. Read more.